May 31, 2014
I've installed several phone docks in my car. All of them were successful to varying degress; but in my tiny Neon the dock often crowds the cabin for either me or my passengers. 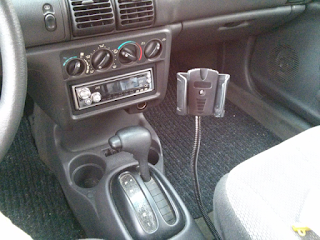 This time I had the idea to mount a desk lamp arm to the floor using the seat bolts. I wanted to be able to bend the arm down between the passenger seat and the center console. 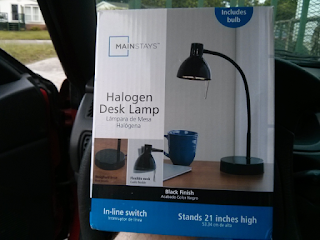 I added the dock to the seat by bending a metal bracket and sliding it under the seat mount. The seat still secures tightly. 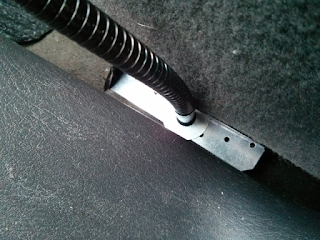 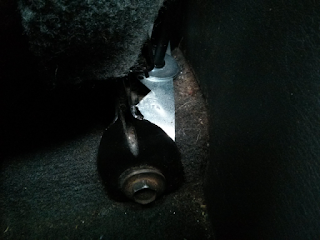 Ultimately, the depth of the dock made it impossible to stow the arm away between the seat and the center console. However, since the dock can be moved to hover completely over the center console, it is never really in anyone's way. Unfortunately that means the dock is always visible. I'd like to pursue this idea again. Perhaps a slimmer dock could be created?
diy tutorials