I wanted to make some generic control icons for games. This would solve the problem of displaying "Press X" on screen. Because if you look at the 3 major controllers, X is in a different place on each. It's the Up Face Button on Nintendo consoles, the Down Face Button on Sony, and the Left Face Button on Microsoft. 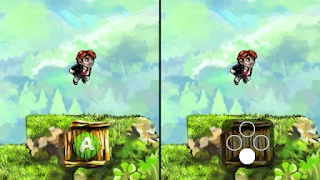 So for example, here instead of showing a graphic for A (which is in two different places on the Xbox and Nintendo Controllers) a graphic like the example on the left could be displayed. Obviously you would draw it better to fit in with the theme of the game. 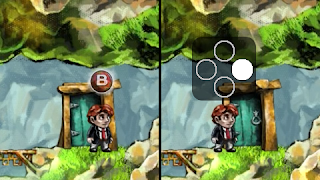 Again, if you draw the icon as well as everything else in the game, you wouldn't need the rounded rectangle, I'm just making a quick demonstration. 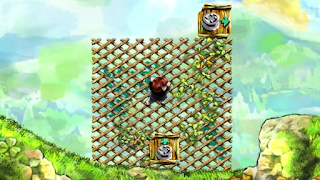 I think Jon Blow had the right idea with this indicator. I would like a way to indicate whether it's left or right. You could probably just put an L or R on the icon, but I was trying to make it non-lettered as much as possible.

The example controller I set up for the sticks has the right one with a cone. This can imply that it's used for moving the camera (like a vision cone) but it's not explicit if your game doesn't use it that way. It's not really descriptive enough to indicate Right versus Left. Maybe it would be better to use the iconography to imply that it IS the camera, with a camera or eye icon and putting an L or R. This would describe the function of the Left or Right stick, but it wouldn't be a universal icon the way I wanted.

I don't have any solutions for the shoulder buttons. A sloped rectangle might work for R1/Right Bumper, but what about the triggers?